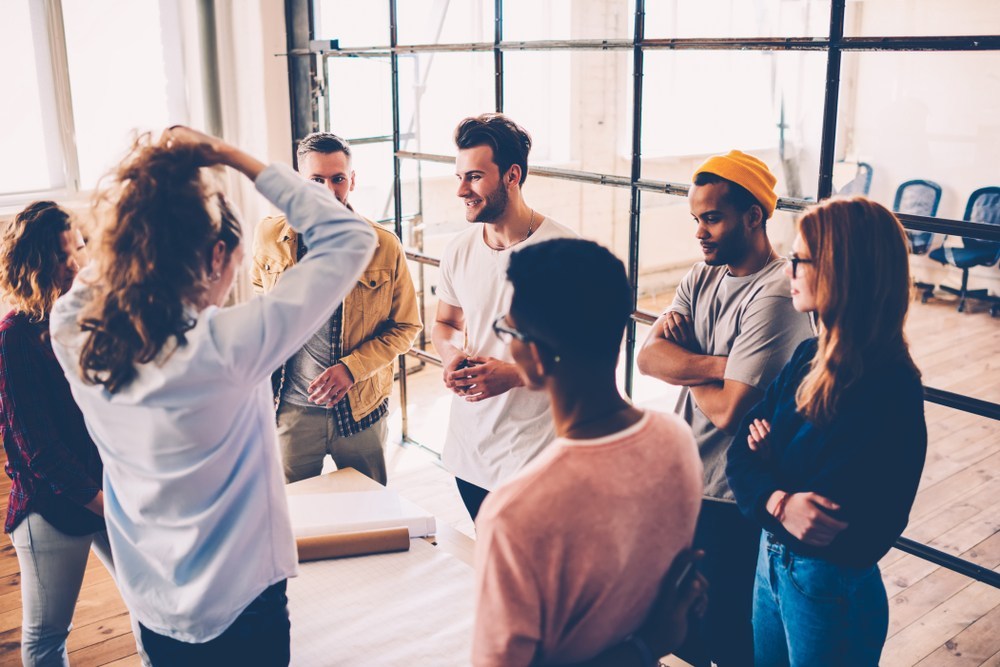 An Industry Resolution For 2019: More Diversity In Tech Roles

VivaTech 2018 made an admirable effort to bring new and diverse voices to the stage, but it also illustrated just how far we have to go.

Back in May of last year, I had the privilege of attending the third edition of the French tech conference VivaTech in Paris. Billed as “the world’s rendezvous for startups and leaders,” the conference largely lived up to the hype.

Some 80,000 attendees hailing from over 100 countries descended on The City of Light to participate in workshops, witness product demonstrations, and listen to speeches delivered by tech luminaries ranging from Facebook CEO Mark Zuckerberg to Uber CEO Dara Khosrowshahi to Ethereum Cofounder Joe Lubin.

French President Emmanuel Macron kicked off the proceedings with an engaging keynote address that outlined his vision for making technology a force for good. This begins, he argued, by committing to — and investing in — tech-centric education not just for those who have traditionally dominated the tech space, but for anyone and everyone who expresses interest in pursuing a career in the field.

The need for more diversity in just about every tech-oriented industry was a clear throughline of VivaTech 2018. From President Macron to IBM CEO Ginni Rometty to Andela President Christina Sass, a number of speakers constructed strong cases for why tech needs input from a broader range of voices in order to move forward.

One of the more encouraging developments on the diversity front was the creation of a dedicated space for African startups, the Afric@Tech Zone. In addition to a full slate of speakers, the Zone provided 50 African startups with access to local incubators and accelerators along with the chance to pitch their solutions to global investors.

A Powerhouse Lineup of Women (and Allies) in Technology

While the organizers made a similar effort to highlight women’s voices at VivaTech 2018, the response from attendees was decidedly more muted.

The panel discussion Égalité, which centered around the question of what tech companies are doing to elevate more women into positions of power, featured an array of industry heavy-hitters including Microsoft EVP of Business Development Peggy Johnson, Salesforce Chief Equality Officer Tony Prophet, and SAP Next-Gen University SVP Ann Rosenberg.

As high as my expectations were, the panel easily exceeded them. Rosenberg and The Female Quotient CEO Shelley Zalis opened by discussing their efforts to foster young girls’ interest in tech by, among other things, ensuring they have access to high-quality tech-oriented instruction in schools.

Prophet picked up the baton next, touting Salesforce’s culture of equality and encouragement, which he says is expressly designed to ensure that women are fairly considered for senior tech roles. Johnson expressed a similar point, explaining that corporate cultures that make room for diverse voices are valuable not only because they promote equality, but because a diversity of opinions is actually good for business.

Most inspiring of all, however, was Deemah Al-Yahya. A native of Saudi Arabia, Al-Yahya overcame countless sociocultural obstacles on her way to becoming Microsoft Arabia’s first female Executive Director for Developer Experience and Digital Innovation. Now the Advisor and Chief of the MiSK Foundation, Al-Yahya outlined a variety of ways companies around the world can help women achieve equality in highly technical positions.

You’d think that such a compelling lineup of speakers would draw huge crowds, right? Sadly, not so much. While most of the previous events held on Stage One were standing-room only — attendees waited the better part of three hours just to catch a glimpse of Zuckerberg — I found myself amidst a sea of empty chairs during Égalité.

Granted, the tech industry’s striking gender inequality isn’t the easiest topic to discuss, but it’s a problem we all have a responsibility to tackle. VivaTech did an impressive job of bringing all kinds of people to the stage — more than 40 percent of the speakers at the conference were members of groups that are underrepresented in the industry — but when inequality is discussed in a half-empty room, no one wins.

At PHM, we take equality and diversity (of all kinds) very seriously, and we’re proud to have some real kickass women in senior positions on the technical side of our business. As such, it was heartening to see so many trailblazers on stage during Égalité, and I encourage everyone to take some time to look up their incredible stories and initiatives, and take inspiration from both their visions for the future and what they’ve already accomplished.

But if my experience at Égalité taught me anything, it’s that the lack of diversity in tech is a complicated problem that’s going to take more than just putting diverse voices on stage. Hats off to VivaTech for setting the table for change, but let’s hope that this year, more people take the opportunity to pull up a chair and listen.

Alison Mcconnell, Chief Marketing Officer, joined PHM in 2017, where she oversees development of key growth strategies and marketing plans across the network.

Prior to joining PHM, Alison spent 18 years with Leo Burnett. As Chief Growth Officer, she developed marketing and growth strategies to expand capabilities in key global markets. Later, as the Global Account Lead for Pfizer Consumer Healthcare, she managed an international team of communications professionals who delivered exceptional results for the client across multiple markets.

Alison played a key role in activating HumanKind, Leo Burnett’s business philosophy and purpose. The HumanKind book was published in 2010 and continues to inspire and ground the company. She also served four years on the global leadership council supporting the strategic vision of the company.

Alison spent her early career at Whole Foods Market, driving meaningful growth of the brand from when they started with just a few stores through a massive expansion and IPO.

Connect with Alison on LinkedIn.