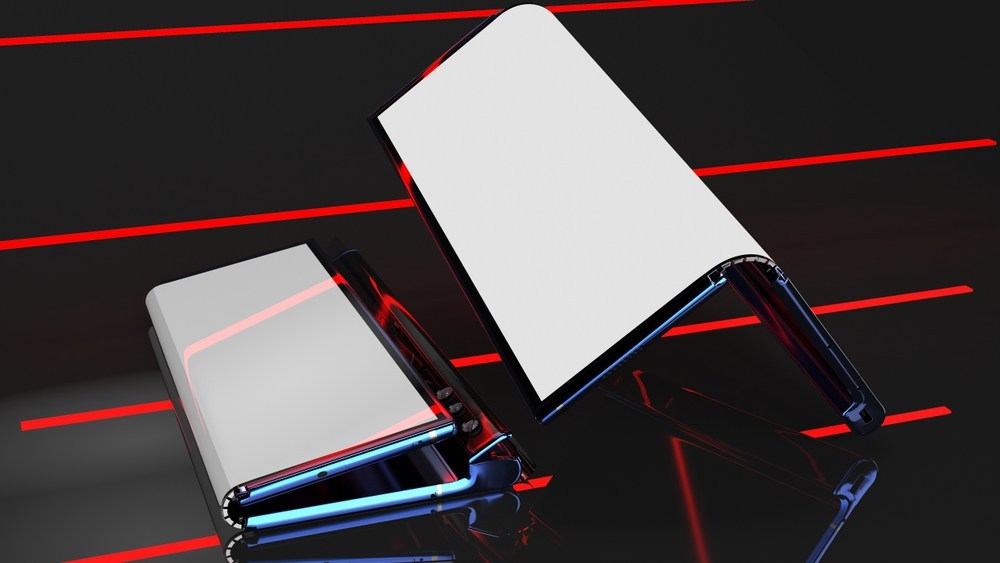 If foldable phones are the next big thing, it could mean new opportunities for unique creative. But media publishers should also be prepared to face some major viewability dilemmas.

Foldable smartphones have been all over the internet since the recent Annual Mobile World Congress in Barcelona. Videos abound of users testing and marveling over these pricey sci-fi-esque devices. The novelty is undeniable — but what kind of challenges and opportunities might these new device formats pose for digital advertising? Will media placements suffer from a “behind the fold” phenomenon? What will have to change in order for publishers and ad agencies to adapt to the needs and nuances of this new format?

The New World of Foldable Screens

It’s a simple idea, although it relies on complicated, groundbreaking technology. Foldable smartphones use flexible OLED displays — along with game-changing conductors and touch sensors — to allow users to fold their mobile devices in half. Already, a few such devices and prototypes have been making waves. At present, the offerings from Huawei and Samsung might seem like little more than a gimmick. But don’t let that fool you. This is the same treatment that has been given to essentially every groundbreaking technology in its early stages — think: the personal computer, the brick phone, the iPhone. Given their potential applications, it would be more foolish to bet against foldable screens becoming the next big thing with consumers.

Samsung is clearly eager to get ahead of the market, with already a few different designs in the works. Their first product, Samsung Galaxy Fold, is coming April 26th, and with a rather hefty starting price of $1,980. The Galaxy Fold uses an “Infinity Flex” display, which allows the device to unfold from a 4.6-inch ‘phone’ to a 7.3-inch ‘tablet’. Meanwhile, the 5G-ready Huawei Mate X costs about $2,600 and folds outward, which means it could have a second display on the back, seemingly functional — and viewable by another person.

Other companies are getting on board as well. The Royole Flexpai, which ended up being first to market, also folds outward, either to form a “tent” with the screen visible on both sides or to snap into a double-sided phone. There are other foldable prototypes in the works, like Xiamoi’s outward-folding device, and Motorola’s RAZR-like foldable smartphone. Apple’s own rendition is likely not too far behind.

Like all groundbreaking technologies, these devices have price tags that make the iPhone X sound like a bargain buy. But that’s more or less how the ebbs and flows of technological development work. The first personal computer, the HP 3000, sold for $95,000 in 1972. The first commercial portable cellphone, Motorola’s DynaTAC 8000X, cost $3,995 in 1983. Like these predecessors, eventually the price of a foldable screen will become affordable as well — and that may happen quickly, considering how many competitors are trying to get a slice of the market.

While they may or may not see substantive consumer acceptance in 2019, media and advertising stakeholders shouldn’t be surprised if foldable devices — or even permanently folded, form-fitting devices, like wristband displays — proliferate in a matter of months rather than years. Ultimately, we need to be thinking about how this new technology will impact our work — and we need to be doing it today.

Why Foldable Screens Pose a Challenge

The media industry is used to working with smartphones of various sizes. And if you buy ad space now, you pretty much know how it will appear. But foldable technology undercuts some basic assumptions that these stakeholders were previously able to make about device sizes.

Essentially, the surface is no longer always flat and rectangular— and the user’s positionality is no longer quite so obvious. While foldable devices may very well bring new opportunities, the first step is understanding the challenges media and advertisers will face, and taking steps to surmount those issues.

As hardware companies race to outdo each other in foldable designs, it’s clear that “foldable” could have any number of implications — inward folding, outward folding, and even shared viewability on opposite sides of a device. And when the device is bent, the point is that the screen responds, changing size or shape to correspond to what the viewer needs to see. With no set standards, that means publishers must design ads for ultimate flexibility and responsitivity.

The proliferation of many types of Android devices has meant publishers are familiar with this need, to some extent. Already, many use “dynamic display” ads built on ratios rather than specific sizes. But foldability is still a fundamental shift away from the basic rectangle and will necessitate some further engineering if advertisers want to ensure their campaigns are served correctly.

Newspapers were (once) something of another “folding technology”, and ads placed “below the fold” were less likely to be seen. The term of course also applies to online ads that are only visible after scrolling down on a page. But foldable smartphones introduce a new concept: that of “behind the fold.” Advertisers may not know which “side” of the phone their users are looking at, and could thus be paying for non-viewable ad space.

The fear is that a user folding the device could cut off an ad, send an ad to the non-visible side of the device, or simply not see it fully. And will it always be clear which side of a device the viewer is actually looking at? What does it mean if an ad loads, but is then ‘folded away’? Clearly, this could (albeit unintentionally) violate viewability standards — either the IAB’s or the advertiser’s own internal standards.

Foldable devices pose a challenge that simply hasn’t arisen before (in digital at least): the distortion of a screen that isn’t flat. This certainly changes the readability of an ad, but at what point is the message lost completely due to that distortion? There’s also the fear that content could end up somehow “stuck” in the fold if not designed correctly — similar to how websites that aren’t optimized for mobile just don’t look the way they should.

In addition, it’s fair to worry about the ad distortions that may arise over time due simply to daily use. Regular smartphones, of course, are susceptible to broken screens if dropped. But foldable smartphones have guaranteed wear and tear. While Samsung claims to have tested and proved its screen folding durability up to about 200,000 folds, there is still a point at which the hardware will break down and cause “cracks” or “ripples” in the display. In addition, plastic screens (necessary for foldable devices) tend to be more easily scratched than glass screens. These are all, of course, potential viewability issues that can affect whether an advertiser’s message is served as intended.

The Industry Impact of Foldable Devices

All in all, creatives, programmers, and media specialists alike will be challenged to come up with new ways to ensure that high-quality content is being delivered —regardless of consumer tech trends. That could mean coming up with new ways to measure and verify user viewability. Certainly, many agencies will be working — both internally and with the IAB — to ensure the appropriate guidelines are implemented. It could mean that media agencies simply avoid buys that haven’t been orchestrated for foldable devices. Across the industry, stakeholders will have to think about what it means for the bottom line if their ads are getting poor placement on new and emerging consumer devices.

And yet, at the same time, it’s hard not to look at these foldable devices and feel excited. The future is here, with undeniable creative opportunities. Ad creative will have to adapt for different formats, yes, but these changes also open up new chances to reinvent what an ad can be. Foldable devices are inherently more engaging and interactive than their static counterparts. Ad creative can (and should) be too.

It’s possible to imagine even wilder iterations of folding devices — why not origami paper cranes? It may sound far-fetched, but some version of this flight-of-fancy isn’t as far off as you might think. Preparing to address this brave new world of devices will require standards, guidelines, and quality control. But the agencies that go a step beyond checking their viewability boxes — those who find a creative spark in this new tech format, will change the game, and deliver major ROI for their clients in the process.

Marci Wolfish joined Publicis Health Media two years ago, where she has been able to marry her love for technology and innovation with her passion for healthcare and wellness across a variety pharmaceutical clients.

Marci is a part of the Media Technology team which is responsible for the strategy and implementation of advertising technology, creative best practices, and measurement foundations.

She graduated from Boston University with a degree in advertising, a minor in history, and a concentration in computer science. Her education has given her a unique perspective and ability to combine an understanding of the past, the present, the possibilities for the future in advertising technology.

Connect with Marci on LinkedIn.